Road for the migrant caravan now even more difficult: Government of Jalisco does not fulfill transportation to Nayarit

Guadalajara, Jalisco, Mexico: November 13, 2018. The government of Jalisco has offered no transportation solutions for the 5000 people making up the Central American migrant caravan headed towards the United States. Today the migrants decided to leave around 10am after waiting for four hours without food, while seeking shelter in the camp set up in the Benito Juarez auditorium located in the states’ capital. With people both enraged and starving, the migrants decided to continue their journey the same way they came, hitchhiking and on foot. The destination is Sinaloa; they will only pass through the state of Nayarit, as the governor of the state declared they would not have the capacity to receive them due to the emergency left behind by Hurricane Willa.

Members of the caravan waited 4 hours for buses that the government of Jalisco had promised but never delivered. 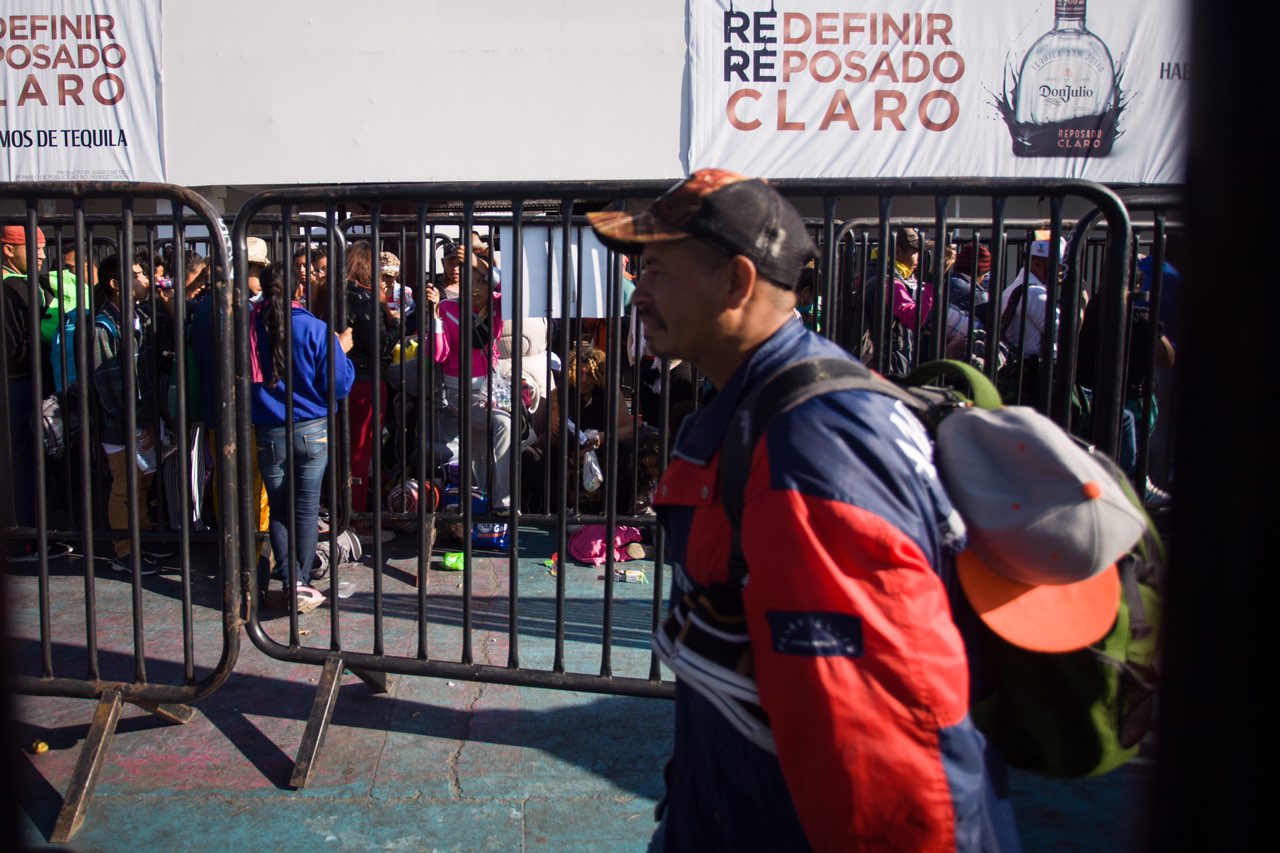 Migrant walks near the Benito Juarez auditorium where the shelter is set up. Directly after the departure of the first caravan the auditorium was locked, meanwhile the government claimed that the next caravans would arrive to shelters set up by the civil service. 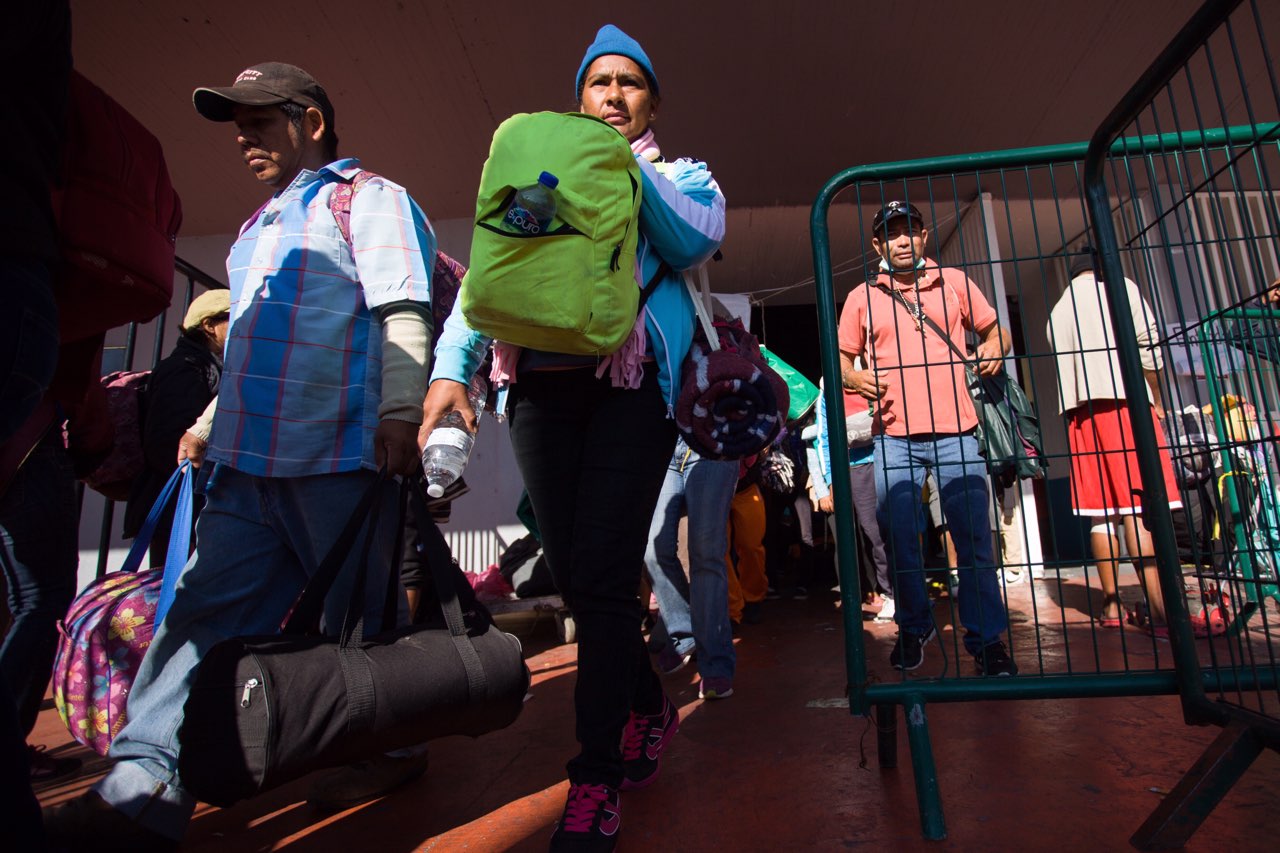 The migrant caravan is set to pass through some of the most dangerous and violent areas of Mexico, as this is the only route to reach the Mexico/United States border. 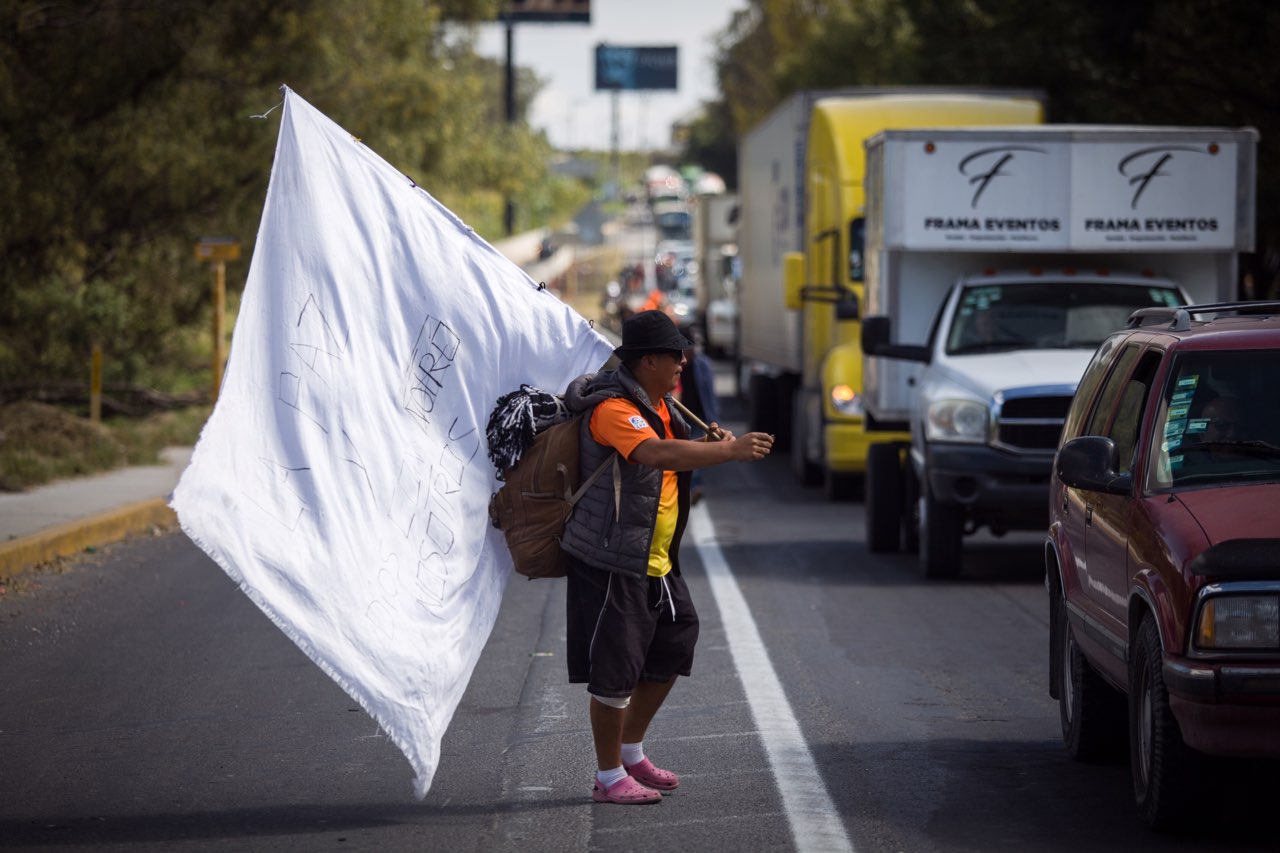 The migrants continue on in various smaller groups, looking for locals who will give them a ride in their cars or trucks.

When someone agrees to give them a ride for free, the migrants climb up onto the vehicles to continue on their route towards the border in northern Mexico.